Junmaigura made wth a network of people from the region, and local rice and water

I've heard you are particular about not only the ingredients, but also the brewers being from the region? 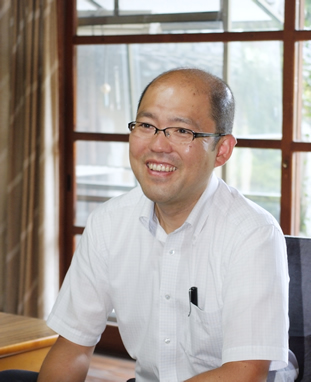 The sentiments of President and Representative
Director Takayuki Inaoka, to "cherish the brewers,
cherish the sake, cherish the local people," can be felt.

Our company was Fukukura in 1839 and I am of the 8th generation in the lineage.
Once between the 1960s and 70s we moved our operations to Nada, but were dissatisfied with the direction we were heading in. The turning point was when the head of the company two generations ago decided to pursue the production of Junmaishu, sake made purely from rice. It is the exact opposite of mass production and this provided the foundation of our current practices.
We have only been making pure sake since.
The rice that is used comes exclusively from Kasai City.
Originally, water from a well on our premises was used.
Also, we foresaw that the old brewery system will not last long, so we adopted an employee system that allowed our workers to think about sake all year long.
I think, at the time, it was a move that was still rare in the industry.

There is Fukukura, where you can enjoy dining and shopping. 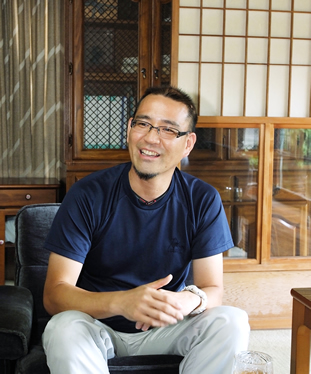 When talking about the brewery or sake brewing,
the young chief brewer Murasaki-san
seems to be so happy he cannot help it.

I think of it as a place where information about Fukunishiki is sent out to the world.
Our products are of course most often found at specialized sake dealers, but recently they have been drastically declining in number.
As a result, customers buy alcohol at the supermarket, but at a supermarket people tend to buy drinks that are more affordable.
With less sake brewers now, we felt that places where we can share our experiences are going away, too. That is why we started Fukukura.
It is a hundred-year-old sake brewery that has been converted into a restaurant. Here, we serve food, that like the sake, is made from pure ingredients.
It has been open since 2001, so twelve years have passed already.
The local people have also recognized it, dining and drinking tea there or using it as a space for art events. By now, I think it has grown to a place where the entire region can exchange information, too.

I've been told that the low alcohol drink 'Fu'. is popular. 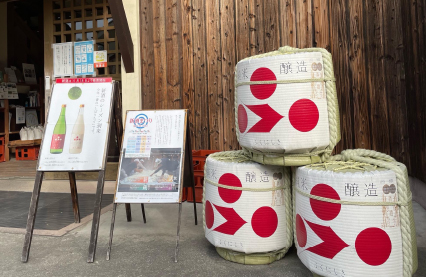 The impactful logo was created by locally-born designer, Issei Kitagawa.

More and more low alcohol drinks are gaining attention across the country these days. Perhaps because we have been making them for a while, our products are already popular.
It is thought of as being popular among women, but it is actually often drunk by men, too.
Fu. won an award at a competition for "sake that tastes good when drunk out of a wine glass."
The refreshing Komekome Shu with added rice power extract, is also sold as a low alcohol drink.
They are all made purely out of rice, so while enjoying the good taste of the ingredients, it is a way to appreciate sake a little differently.

I sense a passion for sake making. 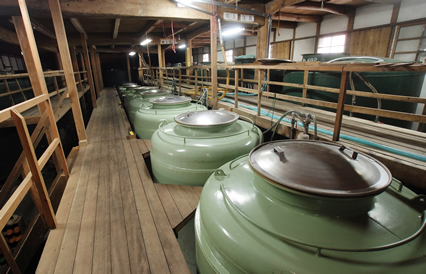 They put their heart and soul into sake brewing that
goes back to the basics, completely made by hand,
without the use of machinery whatsoever.

I think you can never make enough good sake.
We feel strongly about making sake that will reach the hearts of the people who drink it and will leave a lasting impression on them.
Especially since we are a small brewery not focused on cost saving from having a larger operation, we care about what goes into our products.
At our company, we believe in making things carefully with sincerity. It fits with the earnest brewing style, that brings out the best of the local ingredients.
Harmony between man and nature is our theme.
By making sake that exemplifies Harima, we would like to give our customers a sense of the blessings of nature and be a brewery that brings a smile to everyone's face.